Introduction to Statue of Unity

Height of statue of unity

So, let’s start with the details about the Statue of Unity. It is 240 meters tall including 58 meters pedestal. It is thrice the size of the Statue of Liberty including the pedestal. If you want to see the viewing gallery, it is 135 meters high It is nearly in between the chest and the stomach and you can go up from the lift. The lift part is really interesting and you feel excited once you reach a viewing gallery. Watch the view, admire it, and don’t forget to click photos!

I’m going to divide this into two parts- Location and How to reach? So first I’ll tell you about the Location.

Vadodara to the statue of unity

The Statue of Unity is in Gujarat, if you are in Gujarat you must visit it. The nearest city is Vadodara city and the nearest airport is Vadodara airport. From Vadodara, it is 90 kilometers and takes less than 2 hours to reach the location.

How to reach the location?

You can reach the Statue of Unity with a taxi, bus, or your own vehicle. So, basically, there’s a parking lot and after few kilometers, there is a statue. But, there’s a point in this is The Statue of Unity is not visible from the parking lot. You have to take a shuttle bus from there. For that, you need to park your car and then you take tickets and then, you will see a shuttle bus. Then, you take that shuttle bus, and then you’ll reach the Statue. Now, you will leave the bus then, you can roam around.

Types of Tickets at the statue of unity

The first ticket is the most basic ticket which costs INR 150 Which is nearly 2 dollars (USD). In this most basic ticket, you can see everything for free but you cannot go to the Viewing Gallery. You can only go to the pedestal and you can click photos there. By everywhere, I meant the Sardar Sarovar Dam, Valley of Flowers, The Statue, and the Food court.

Things to See at Statue of Unity

There first thing that you can see is Museum. The Museum is about Sardar Patel and the things he did for our country and they show an even a short documentary film.

The third is Sardar Sarovar Dam, I saw the dam, but there wasn’t much water there. So, it wasn’t that much exciting for me at least.

The fourth is the Light and the Sound show. It happens nearly 2 hours after the closing of new entries at 5 pm. The show will begin at 6:45 pm till 7:15 pm. You can watch it and comment on the reviews about your experience.

The fifth thing is the Chopper ride. It roughly costs INR 3000 ($40 approx.) per person. It will be really excited especially, for those, who are doing it for the first time.

Amenities at the statue of unity

The second amenity is Public Conveniences. Washrooms are everywhere but, you have to wait in long queues for that.

The third amenity is free lockers You can keep your small bags in the lockers and it is for free. So now I’m going to tell you the Bonus tip.

So, my final Bonus Tip is that, get a 30 rupee ticket for the Shuttle Bus. You can take that ticket, and you can go everywhere leaving the pedestal and the Viewing Gallery. As if you love clicking photos you can get a good view of the statues from the outside to click pictures.

Ashish Salunke is a passionate writer and founder of HistoricNation blog. He is best known for writing motivational biographies and Historical articles. You can visit his blog for the latest blog posts. 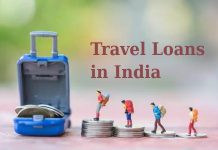 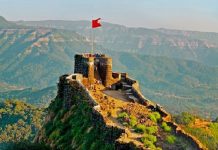 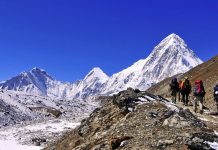 Quick guide to help you style the best jeggings

Is this iPhone Case Made up of Bulletproof Material ?

How to activate Windows 7 without product keys

Why Python Should Be The First Programming Language You Learn?

How to Optimize Your Windows PC