In the Crypto world, with the advancement and innovations in technology. There is also an involvement of Cryptojacking. Cryptojacking is an unauthorized way to mine cryptocurrency. Hackers do cryptojacking in different ways either infecting the website or by the malicious link in an email.

The hacking of data is a top trend in the digital world. The most important point regarding the hacking of crypto exchange is that it not affects a user while it involves the thousands of users with a loss of large amounts of funds.

The stolen crypto value is around $292,665,886. Crypto exchange hacking history shows a declined phase in the year 2020 and marks as the most secured phase with less number of hacking. No authorized institution is the reason behind a large number of crypto exchanges and the crypto exchanges are largely unregulated.

Below mentioned is the comprehensive list of the crypto exchange hacking history with the details about how much is stolen:

Altsbit is an Italian cryptocurrency. This hacking case states that almost all of the funds have been stolen. But later on, research indicates that only half of the crypto is stolen from Altsbit. Altsbit came into the market a few months before the hack and closes its door in May 2020 due to the issue of refunding to the users.

This year marks the bloom of hacking in the crypto world. Around 12 cases are reported of crypto exchange hacking.

Crypropia suffered from two hacks in a month. This results at the end of New Zealand based exchange. In the year 2020, Cryptopia is undergoing a liquidation process. Users are not able to get back their losses because there is no such data available on who owned what accounts.

In the second hack of MIN. 19,390 ETH. The company originally carried it as a technical issue but later on, it is clarified as a security breach.

Coinmama is considered one of the largest cryptocurrency brokers with a million active users. The stolen value is not the money, they stolen users’ information. As concluded, no cryptocurrency has been stolen.

Youbit later named Coinbin faced hacks. This job is done by the person inside the company and siphons off funds from multiple accounts. Later on, Coinbin is shut down due to bankruptcy and still owing users $30 million.

This is an insider hacking job. No suspect of inside hacking is reported from this South Korean Cryptocurrency exchange. This hack starts with a suspicious withdrawal and then the exchanges continue with suspended all withdrawals.

$7 Million Worth of Cryptocurrency

dragon is the Singapore based crypto exchange in which hackers make worth $7 million value. The North Korean hacking group Lazarus is responsible for this exchange hacking. They develop a mimic company and attract users. DragonEx has taken full responsibility for refunds of the people who lost their funds.

Binance hack is responsible for both the loss of customers’ data with $40 million worth of Bitcoin. Hackers used phishing and malware scam to hack Binance.

Bitrue is a Singapore based crypto exchange company, where hackers aimed hot wallet to hack. Approximately, $5 million value is stolen and 90 Bitrue users were affected. Later on, they are repaid with their full amount.

GateHub is the UK and Slovenia based exchange where hackers made off approx $10 Million worth of Ripple. No culprit is still found out. So far, GateHub recovered the stolen funds.

and over 28 million XRP

Bitpoint is the Japanese based exchange. They got the ideas about the outgoing flow of transfers. But, they were too late and hackers made over $30 million worth of cryptocurrency. Bitpoint promises its users to recover their funds with not mentioning a definite time frame.

Upbit is a South Korean based exchange. This crypto exchange suffers from the loss of 342,000 ETH worth $ 51 million. Hackers managed to steal from the Upbit’s cold wallet. Upbit promised its users to cover their losses. Hackers move the stolen value between different wallets. And after this activity, Upbit increases its security advancement.

This is a Japan-based Crypto exchange. Hackers managed to steal the value worth $533 million via spreading the virus through emails which results in stealing their private keys. This exchange came into the market again in November 2018.

Bitgrail is an Italian based Crypto exchange that results in stealing value worth $170 million. The amazing thing about this hack is that it is only reported by the owner of Bitgrail but the employers are denying it. It is not yet confirmed that it was an actual hack or not.

CoinSecure is an Indian based crypto exchange. The hackers managed to lose the value worth $3.5 million. The hackers are later arrested as it was an inside job. The Chief Security Officer stole the funds.

Taylor app is designed for a successful initial coin offering (ICO) to get funds. Hackers managed to get access to the company device which results in a stolen value worth $1.5 million. This one is also going to as next exit scam but later on Taylor, the Crypto trading app maintains to rebuild itself in the market.

This exchange of crypto is a business. There is always a loophole in every sector. The cryptocurrency company needs to put up security seriously to prevent security breaches. Due to a more profitable platform, Hackers targeted the crypto exchanges. Therefore, before making exchanges look into this list to avoid being the next victim. 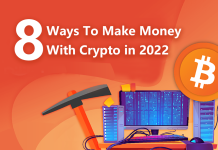 8 ways to earn passive income with crypto in 2022 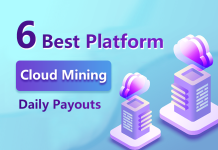 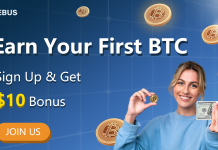 What is SDLC ? Explanation with its Model & Phases

We Live In The Age of Streaming

How To Celebrate Diwali In India