Gaining more popularity than ever, a bobblehead is a small doll with an unreasonably big head.  Springs connect the head and body together and when you tap it, the doll wobbles, thus the name “bobbles.” Bobbleheads also go by the names nodding head, and head-shaking doll.

The Origins Of Bobbleheads

The first bobblehead was said to have started in Germany in the early 1800s. Although the mass production of bobbleheads started then, it was first inspired by the string dolls from China and Japan.

Meanwhile, its origin in the US can be summarized by the following timeline:

Why Bobbleheads Are Popular

The main reason why bobbleheads are popular is mainly because of its customization feature. Every category, people, and occasion that you can think of, bobbleheads have it.  May it be music, Hollywood, TV, sports, news, and politics ( more of this later), name it and all of these have bobblehead figures available.

Another reason for its popularity is because of its comic and quasi-realistic depiction of a person through a bobblehead figure. It is also sentimental for some because of the connection between the person/industry and their fans.

The Future Of Bubbleheads

Nowadays, bobblehead’s continues to grow in its following. The category they represent has expanded to brand mascots, promotions, superheroes, comics, office, family, and most especially, political figures.

Currently, manufacturers also adapted a more durable material in the manufacturing of bobbleheads, namely polyresin. This material is said to be more flexible in craftmanship and doesn’t subject to mass production. This is helpful in lower quantity requirements such as custom made or personalized bobbleheads.

It’s the popularity of the wobbly doll that catapulted the use of it in the political arena. Through the years, sports stars, entertainers, celebrities, and politicians are somehow immortalized by bobbleheads.

Obviously, the reason why politicians started to utilize bobbleheads on their campaign is that they are loveable. The realistic figure is an instant hit to their followers and supporters. Even historic political figures are brought to life by their own bobbleheads. It is a great campaign material, no doubt about it.

In comparison to traditional marketing, there are several indicators that branding was rarely considered for political campaigns. Its mainly because the voters then mostly remember the platforms more than the politicians.

Nowadays, however, political brands are significant enough to be considered by politicians. Voting decisions now are primarily based on the branding of a certain political party or figure. In other words, brand management is significant in boosting the campaign of a politician.

Politicians began using bubbleheads to market themselves during the campaign for elections, and that is for a good reason. American politics has evolved and this was seen in the campaigns since 2016. Opposing political parties focused on brand identity and subjective campaigns.

Campaigns materials from that period capitalized on design marketing to promote themselves as regular friendly persons, the type of which you can hang out with casually. You’ll notice as well that they project themselves as likable, modern yet traditional candidates.

And that’s where they used the popularity of bobbleheads. Candidates heavily invested in branding; that they are relatable with ordinary citizens, that they are actually sympathetic.

Research on the effect of bobbleheads on the MLB game attendance was conducted recently.   It concluded that using bobblehead as giveaways have generated additional ticket sales and game attendance for most of the teams. In other words, bobbleheads are proved to be effective promotional materials.

Using that data they gathered for political campaigns and it will surely be a factor when voters cast their vote. Again, it’s the likeability, the recall, and the branding that affects the decision of a voter.

You can find the rest of the research findings here.

Most people love bobblehead figures and incorporating them with the word “political” adds value and interest to the product.

Here are top political bobbleheads available in the market today:

Joe the Plumber Joe is one of the most interesting character in past elections, but he’s not actually a registered plumber.

Barack Obama Superman The former president surely knows how to brand himself. Barack in a superhero costume can make your day.

Donald Trump If there’s anyone who knows better than brand and marketing, it President Donald Trump.

With the advent of social media and many other digital platforms, political campaigns have dramatically changed. Campaign strategists and political analysts will both agree that a politician must adapt to this change. Right now, branding is really important. To become more relatable and likable to their constituents, bobblehead is one of the perfect ways to seal that void.

Every bobblehead tells a story, it can be integrated into the person which it represents, making it a unique and effective political campaign material. 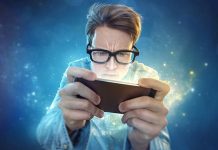 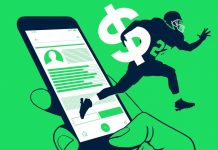 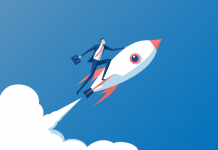 How to Diagnose and Fix an Intake Leak

How To Boost Your SEO By Doing Offline Branding ?

4 Latest Dress Designs That would Separate You From The Crowd