The craziness among people for Indian Premier League is increasing day by day and with this love even IPL Owners are proud to have best players in their teams. Some of the famous IPL team investors who we all know are Raj Kundra, Preety Zinta, ShahRuk Khan but will they save their position as IPL team owners 2019 ? Or we are going to see some changes? Let’s check it out!

You must be thinking that it’s very easy to own an IPL team as you just have to sign the players nothing else, but this is not true. It requires investment in huge amount and you must know about the strategies of all players before investing money on them. You have to analyse that whether they are eligible for your team, do they have the team spirit that can lead to success or not and so many things like this. So, IPL team owners 2019 are going to have a tough time if they are thinking to replace any of their player.

When we watch on tv we see that IPL team owners are enjoying the match by sitting in VIP rooms but the actual truth is, they are involved with each and every player while discussing the strategies. If they find that the strategy they are discussing will not work then they guide them to make changes. So, IPL team owners play an important role in IPL.

The owner of Intex Technologies Mr. Keshav Bansal is the owner of Gujarat Lions also that includes some of the famous Indian players like Suresh Raina. Gujarat Lions is the new team and playing really good till now.

There is no meaning of watching IPL if we can’t see M.S. Dhoni in the entire tournament and he is in the Chennai Super Kings team whose owner is N. Srinivasan. You all must be knowing that because of some bad involvements Chennai Super Kings faced problems in the year 2015 but now it will be the year in which CSK is going to rule the pitch as they are returning in IPL.

One of the best team and one of the best IPL team owners 2019 of Delhi Daredevils is one and only GRM Group. The man behind this team is Mr. G.M Rao who is also the owner of GRM Groups.

Shilpa Shetty was seen dancing with the players of Rajasthan Royals when IPL was first started and the man who own this franchise is Manoj Badale. Rajasthan Royals also got suspended in 2015 due to the reason of corruption and match fixing issues, but the team is also returning back in 2018 and every IPL team owners in 2019 is very excited to see the performance of the team.

The team is owned by Preety Zinta, Ness Wadia, Mohit Burman and Karan Paul. According to the sources, this year David Miller is going to be the captain of the team.

The team Sunrisers Hyderabad is owned by Kalanithi Maran and the team is coached by Tom Moddy.

Mentioned above is the list of teams and IPL team owners 2019. Like you I am also highly excited to watch IPL but we don’t have any other option instead of waiting. So, let us wait for 23 March. Till then have fun and keep visiting our website for more updates! 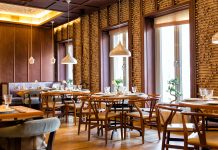 Why opt for Specialized Restaurant Accounting? 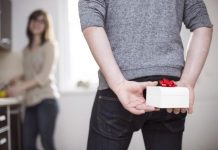 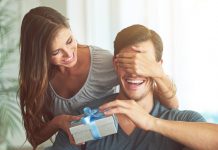 Top 10 Meaningful Gifts for your Husband

Top Trends of Digital Marketing to Look Forward in 2020