Rohit Sharma’s wife Ritika Sajdeh is someone you can call a ‘true’ partner. She has been with him through thick and thin and stood by his side in almost every match he played. So here is all you want to know about the Ritika Sajdeh biography.

Rohit Sharma’s wife, Ritika Sajdeh was born on 21st December, 1987 in Mumbai. She is 30 years old now. Ritika is not very younger than Rohit Sharma as is the case with Sakshi and MS Dhoni.

Ritika Sajdeh is an Indian. She is the daughter of Bobby Sajdeh and Tina Sajdeh. She was born in Mumbai and grew up in the quality ambience of Cuff Parade.

She posts several pictures on social media with her family, which shows how close she is with them. Rohit Sharma’s wife, Ritika is the gem of the family and is utterly loved by everyone.

She has a brother, Kunal Sajdeh. Kunal is a business Development consultant and is currently posted as the manager of IMG Reliance Pvt. Ltd. She also shares a very close bond with Yuvraj Singh considers him as her ‘Rakhi brother’.

She has completed her education from Mumbai itself. Though we do not know much about her degrees, it is very clear from her achievements and public appearances that Rohit Sharma’s wife is a smart and witty person. A perfect example of beauty with brain.

Rohit Sharma’s wife Ritika Sajdeh is currently living in Ahuja Towers, Worli, Mumbai. If you see her social media posts you will know how much she loves travelling around the world. She also has quite a bit interest in various water sports.

Another thing you should know about Rohit Sharma’s wife is that she is obsessed with dogs and supports PETA. You can find several pictures of her posing with her pet.

She owns an Audi Q5. Her net worth is about half a million dollars. Her favourite actors include Robert Downey Jr., Ryan Reynolds and Chris Hemsworth. Among actresses she loves Madhuri Dixit.

Ritika Sajdeh is 5’3″ tall. Her natural hair and colour of the eyes is black. Her weight is 55kgs and her zodiac sign is Sagittarius.Usually people call her Rits. Her favourite colour is pink. She loves watching American TV shows like Riverdale and Arrow.

Rohit Sharma’s wife Ritika Sajdeh is an Indian Sports Manager by profession. She is the head of the managing department of Cornerstone Sport & Entertainment. This company is owned by her first cousin, Bunty Sajdeh.

Ever since this company was established, Ritika Sajdeh has been an integral part of it and managing and directing all the important events. In fact, she was the first person to join the company.

Bunty Sajdeh had a good repo with Rohit Sharma. They knew each other for 10 years prior to the marriage of Ritika and Rohit. In fact, he was a reason for their meeting.

Even now that Ritika is married, Bunty has given her total independence on how she decides to balance her work life and personal life. Needless to say, she is doing a great job at it.

Ritika Sajdeh now even manages her husband and follows him in the world-wide sports tour hand in hand.

Ritika was first introduced to Rohit by her ‘Rakhi brother’, Yuvraj Singh during a Reebok shoot in 2008, which Ritika happened to be managing. This story was revealed in an interview on YouTube web series, “Breakfast with Champions”, aired on 22nd December, 2017.

Rohit Sharma explained to the host how that meeting was a disaster. The story went on like this, that on reaching the venue, Rohit went ahead to greet Yuvraj Singh and another player, Irfan Pathan, who were already present on the set. Ritika Sajdeh was also present there.

Yuvi introduced him to her and warned Rohit in a sweet manner, not to even try on her as she is his sister. Somehow he got offended and was angry throughout the shoot.

What later pis*ed him off was when the director asked him to record his lines as the mic was off. Further frustrated, he went down for a walk. There he came across with Ritika who was really nice to him and asked him to let her know about whatever assistance he needs. And from then a new friendship bloomed.

Later she started managing him. Very soon they started dating. She nicknamed him ‘Ro’. From the very beginning of their relationship, Ritika is spotted at almost all the matches of Rohit, cheering for him and wishing him luck.

Their relationship is a perfect example of true love. Once they were hitched, they have never been apart and wish to stay like this until death do them apart. They have never been involved in any controversy and are completely faithful to each other.

Rohit Sharma had a rumoured ex, Sofia Hayat , but that never affected his present relationship with Ritika Sajdeh.

After 6 years of relationship, on 28th April 2015, Rohit Sharma officially proposed Ritika Sajdeh , And it was not just going down on his knees, it was a grand proposal.

It was reported by the media that he drove her to the Borivali sports club ground and proposed with a solitaire ring. This ground is very close to Rohit Sharma’s heart as it is the place where he first started playing competitively, that too only at the age of 11. This incident proves that cricketers can be as romantic as Bollywood stars.

Eventually they got engaged on 3rd June 2015. Then they were finally married on 13 December 2015. The venue of the marriage was Mumbai’s Taj Lands Hotel, located in Bandra (West).

As they both have a huge friend circle and connections, they had a long list of important guests. Renowned people from sports, Bollywood, politics and businessmen attended their wedding.

The Ambanis arranged a party specially for both Rohit Sharma and his friend Harbhajan Singh who was also recently married, to congratulate them on this journey of life. This party was organised at Ambani’s residence, Antilla in Mumbai.

The celebrations continued for quite long. Ritika Sajdeh’s brother kunal also hosted a party for the newly weds. It was mainly a music and dance party at St. Regis Astor Ballroom-Level 9, Near Palladium Mall in Lower Parel, Mumbai.

Ritika Sajdeh already had a good connection with a number of renowned people and celebrities from the sports field due to her profession. She mainly came into the limelight after she started dating the famous ‘Hitman’ of Indian cricket, Rohit Sharma.

When Rohit Sharma was asked to lead the Indian team due to absence of Virat Kohli, he surprisingly scored the third double century of his life. It was a score of 208 not out to be precise. It was a 2nd Odi against Sri Lanka. The match took place at Mohali on December 13, 2017, exactly after 2 years of their marriage.

It was 2nd anniversary gift to her. She was sitting in the VIP box, cheering for him, supporting him like always. The moment he hit the double century, all cameras were on her. The cameras captured the perfect moment when she couldn’t held back the tears of happiness.

Since then the nation went gaga for her. Her face had a mixed emotions. She expression clearly portrayed how proud she was of her husband.

People started praising her for her simplicity and her beauty. The twitteratis created memes of her showing her as a perfect example of how girlfriend should be. That’s when she went viral and rose to stardom in a few days. She acquired a lot of fans then as Rohit Sharma’s wife.

This year on February 13th, Rohit Sharma won the Man of the Match award by scoring 115 runs in 126 balls. It was the 5th ODI against South Africa. He dedicated this award to his wife as a Valentine’s Day gift.

Her pictures on social media are adorable. She mostly posts pictures with her husband, friends or families. But be it group pictures or selfies, she remembers to smile in each one of them.

She is very socially active. Her tweets are mind blowing and quirky. People likes to follow her lifestyle. People don’t only recognise her as Rohit Sharma’s wife. She has created a personality for herself which is quite impressive.

Her Instagram account is filled with travel photos and photos with her pets. She looks quite beautiful and has a great fashion sense. She carries off her clothes and looks with elegance and big, pretty smile. She is spotted with Rohit Sharma at various events and award functions. A glimpse of her is enough to make someone like her.

we wish this couple a life of togetherness and happiness.

When it comes to cricket Rohit Sharma is a perfectionist by the way if you are suffering from performance issues here is an article about cricket warm up exercises which will definitely help you to boost your performance. 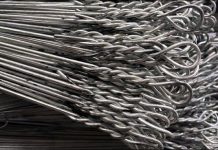 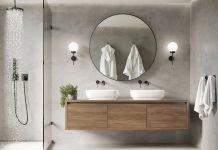