The smart-phone is a dual SIM Android based device and is the successor of the Samsung Galaxy J5 Pro. And its specifications other than dual SIM are super AMOLED 5.2-inch capacitive touch-screen, Android 7.0 (Nougat) Operating System, octa-core processor, 3000mAh Li-Ion battery ,16GB/32GB ROM with 2GB RAM, 13-megapixel front & 13-megapixel front rear camera, dedicated microSD card slot, Bluetooth, NFC, GPS, microUSB 2.0 and a fingerprint sensor among many other. The Samsung smartphone was expected to be released on September 27 2017 was expected to be around Rs. 12,999 approximately which is a fair price for a smartphone with such a specification. Now, let’s talk a bit more in detail, the smartphone is a 4G LTE dual SIM with dual stand-by and both the SIMs have to be in Nano SIM format, it has rear camera of 13-megapixel resolution which can record full-HD videos at a frame rate of 30 frames/sec & it also sports a front facing camera with same resolution (that is 13-megapixels). The OS is Android 7.0 Nougat, and it an Exynos 7870 octa chipset which is clocked at 1.6GHz. The device also has a dedicated GPU, Mali-T830 MP1 to fulfill all your gaming desires. For connectivity you have Wi-Fi 802, Wi-Fi Direct, hotspot, Bluetooth 4.1, GPS with A-GPS, NFC, FM radio, and microUSB 2.0. other features include a front-mounted fingerprint sensor, accelerometer, gyro sensor, proximity sensor and compass. It also has a 3000mAh Li-Ion battery which cannot be removed. And it comes in three variants !6GB & 2GB, 32GB and 2GB, and a pro version of 32GB & 3GB. All of these can be expanded to 256GB using a microSD card.

Overall the device is pretty decent with everything more than our expectation, a good camera resolution (both front and rear) with decent picture quality, one of the latest Operating System, a fingerprint sensor which is a must now a day. And my only problem is with the front-mounted position of the fingerprint sensor which not placed very thoughtfully, the place where the finger naturally falls is at the back of the device somewhere blow the rear camera and not on the front of the device and every time you place your finger on the front to unlock the device you get pretty irritated or frustrated with the positioning of the sensor (or at least I get). I personally don’t like these front-mounted fingerprint sensors and that’s my personal preference and this preference may vary from person to person. And other than that I found the device to be very promising at the given price point and very attractive too, as the device has a good body styling going on with it.

What is Machine Languge ? 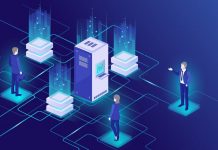 How to Choose a Dedicated Server? 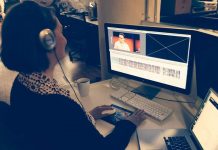 10 Tips to Get Better at Video Editing

What Are Sponsored Ads ? Let’s Discuss Key Points For It