Texting Games To Play With Your Friends

This generation loves technology. Rather than meeting people, going outside and hanging together we like to be on social media and living a virtual life via our phones. We don’t want to talk over calls but we can spend hours in chatting with our friends. So whenever we have free time and our friends are online, we like to chat with them and have fun while sharing texts. Here are some of the most interesting texting games which you can play with your friends when you are getting bored.

This game is the perfect game for those who spend most of their time listening to music and believe music is their life. If you have listened to so many songs and have now learnt the lyrics of many by heart then you will probably be winning at this game. All you have to do is guess the song right by reading some of its lyrics from anywhere in the song. Both of you have to send two lines of a song and the other person would have to guess that which song is it. To make the game difficult you can pick the most difficult lines which you think are the unpopular lines or which your friend doesn’t remember. If it becomes too difficult then you can give a hint like the singer of the song. Keep the record of the points and see who wins the game.

LOL- laugh out loud or lots of love

So the next game which you can play with your friend is asking the full form of certain abbreviations. There are many abbreviations and chances are high that your friend doesn’t know them. So throw the most difficult abbreviation to your friend. Through this game, you will get to know how much does your friend know and where do you stand when it comes to this basic general knowledge. Ask each other one by one and keep the track of the score. It’s better to decide the number of abbreviation you are going to ask in the beginning so that you know where you guys have to stop.

Never Have I Ever

This is one of the most entertaining texting games to be played with your crush as you can get to know a lot more about him/her. This game is usually played in a group where everyone drinks after a statement is made by a player and the other players have also done the same thing. While texting you can make the statement disclosing your experience and the other person will tell you whether he or she has also done it or not. You can change or make the rules according to you to have more fun. So play this game and let the secrets be revealed.

In this game you have to pick any thing and your friend have to guess that what it is. For example, you have chosen the thing as tea and now your friend has to guess what is it so he or she can have 20 clues of her/his choice. He or she will ask you 20 questions which can only be replied saying yes or no. you can even decrease the number of questions if you like. The more the questions the more will be the clues and vice versa. This is a really fun game which you should definitely try. It is creative, funny and engaging.

Thanks to smartphones which give us the freedom to draw anything on our mobile screen. You can draw the name of a movie just like you do in pictionary where using the pictures, the other person has to decode the name of the movie. So if you have drawn a picture and the other person has guessed it right then he or she will get the point and vice versa. You will get all the freedom to be creative here with your drawing. Show your love for movies and drawings at the same time while being entertained with your close friends.

Get a chance to be a writer

Build your own story with one sentence at a time. In this game both of you will say one sentence at a time and the other will add another sentence. This is how a story will be made. You cannot contradict what has already happened in the story and have to continue from where the other person has finished. This is how you will make a new story. Everyone has a different perspective to see things and this a wonderful game to explore that.

So these are some of the games that you can play with your friends if you have run out of gossip and sharing the daily mundane stuff.

Beautiful Bracelets to Gift Your Girlfriend 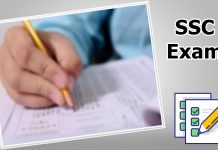 Seven Ways to Stay Self – Motivated in SSC CPO Exam 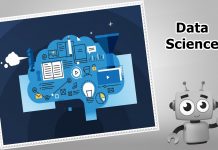 How to Sell Domain on Godaddy ? ( Godaddy Auctions India )

How to Diagnose and Fix an Intake Leak