Getting a ration card in UP just got that much easier

After having the entire process handled at their offices for the longest time, the UP Government, along with many others, finally decided that they should take it online. Other than several private companies assisting with the ration card process through their websites that provided all the information applicants could need, the UP Government added their process for people to apply for their ration cards through the main Government website.

Along with the process to apply for a ration card, they also allowed people to apply for food subsidies and get all the information that they needed through the website itself. The ration card is one of the most important documents the Government has for the people of the country. Although it might not be used as much in urban India, it is a giant saving grace in rural India connecting the people there with various schemes and information about programs created and sanctioned by the Government for their benefit.

What are the major changes made to the UP Government website?

The website is very easy to get through and can take people there with a single click. It has all this additional information that makes having a ​UP ration card​ that significant. For instance, it shows people where the closest warehouse is, how they can get access to it and what are the various food items and grains that they can collect using their ration card. Without this information having a ration card would not be as helpful since most would not know the schemes that they could apply from and benefit.

Additionally, ration cards can be used to apply for all other documents like the Aadhaar card, which is another very important document for personal identification. It can also be used for drivers license procedures, election cards, PAN cards and so on. The UP Government website

also has a provision that allows people to register for their accounts on the website. They would have their login credentials.

To increase the speed at which people were dealing with the fair price shops, the Government created a system of automated cards that could handle the collection process faster. The main reason for this was measuring and writing the records on paper was taking too much time, leading to larger queues and improper measurements. The automated system was a blessing and moved everything along in less time. With the websites ability to process and inform which godown had what grain, people could accordingly get exactly.

Each ​UP ration card​ allowed for a specific type and amount of food grain depending on the type of card the individual had. The automated process provided the person distributing the grain with this information so they could disperse the right quantities without too much trouble. It also provided new ration card applicants with all the information and applications that they might have needed to get this done, not forgetting information on how to fill them up. 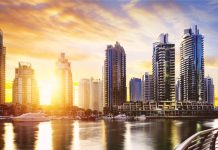 10 Most Important Dog Care Tips You Must Know