Difference between Bitcoin and Bitcoin Cash?

Based on a market capitalization of $165 billion, Bitcoin is on top of the list of the five best crypto in the world today. It is ahead of other titans such as Ethereum, XRP, and Tether. More remarkably, it is much bigger than Bitcoin Cash, which has a market cap of $5.3 billion. That last sentence might make you wonder if the two are different. Yes, they are. Below, you will learn the differences that set Bitcoin and Bitcoin Cash apart.

Bitcoin is/was the world’s first decentralized cryptocurrency. Satoshi Nakamoto, a pseudonymous developer, created it in 2009. At first, it mostly dominated the world of blockchain, which was an emerging technology back then. Eight years later, Bitcoin split into two. Because of the split, Bitcoin birthed Bitcoin Cash. Their origins present one of the areas of differences. Bitcoin and Bitcoin Cash are abbreviated as BTC and BCH respectively.

Is Bitcoin Cash faster than Bitcoin? Plenty of people ask this question, which has everything to do with the speed of concluding transactions. Early in its history, Bitcoin had little difficulty handling transactions, which were quite a few. That has changed considerably in the years since. Bitcoin transactions are massive. Thousands, if not millions, of people, transact in Bitcoin. Consequently, that translates to lower speeds.

It is normal for two or more persons or organizations transacting in Bitcoin to ask for the transfer of ownership. The process is quite straightforward, especially if you can pay the required transfer fees. That is another area of difference between BTC and BCH. The transfer fees for BCH are $0.20 for each transaction. That is quite favourable when compared to BTC whose transfer fees are as much as $1 per transaction. Previously, BTC set its transaction fees at $52.

Undoubtedly, BTC enjoys more visibility and recognition than BCH. Nevertheless, that does not affect scalability whatsoever. The fact that BCH is not only cheaper but also faster to use ensures that it meets all the requirements of scalability. What does this mean for you? Well, you and many others can transact on BCH at the same time without any difficulty. What is more, its developers have not stopped implementing solutions that make it more scalable too.

Nevertheless, BTC enjoys more investor confidence compared to BCH. Added to that is the fact that BCH’s market penetration and adoption rate are lower than Bitcoin’s. For the most part, any advantage that Bitcoin has over Bitcoin Cash is because of its age. BTC is older in the market while Bitcoin Cash is only 2-3 years old. It is also worth mentioning that it costs you the same amount to mine Bitcoin as it does Bitcoin Cash, which makes BTC more profitable. 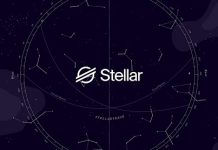 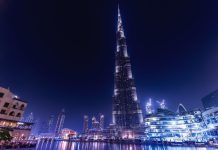 Express Love for a Bro With Fantastic Rakhi Gifts

4 Services You Should Outsource to as a Small Business

Common Emojis that Every Rummy Player Can Connect To!

5 SAFETY TIPS FOR YOUR DOG DURING HUNTING SEASON