The Labour Market Impact Assessment is an approach used by Canada to ensure that Canadian citizens are not negatively impacted by the hiring and importation of non-resident workers to Canada. It is in place to ensure that job opportunities are first given to Canadians, therefore cementing the economic structure of Canada. The Government of Canada does explain this thoroughly on its own website.

Called the LMIA it is a document that must be researched and followed step by step before employers can fill positions within the Canadian job market with foreign workers. While foreign workers are not forbidden in a nutshell any company within Canada that is seeking to import workers temporarily must prove that the positions being filled cannot be filled by the citizens of Canada.

Exemptions to the LMIA

Putting a country’s citizens first always does lead to trust in the government and with the LMIA, Canada has established more trust in its government. However, Canadian officials did recognize that there would be a necessity for exemptions. These exemptions are also spelled out by the Government of Canada.

Some of the exemptions include refugee status as well as individuals who are already working in Canada as foreign contract workers for over a year. Some types of skilled labour are also impossible to fill with the labour force in Canada and a company can make an effective case for an exemption if this particular problem plagues the company.  Charity and religious work also, of course, is exempt as much is unpaid.

LMIA does not interfere with multi-culturalism

A system of checks and balances is in place in addition to the LMIA so that each citizen of Canada, no matter what race, age, gender, or ethnicity enjoys the same job opportunities. The multicultural federal regulations also include any workers that are in Canada under a temporary work Visa or as part of the LMIA exemptions.

Canada does promote Invest in Canada and assists foreign workers with global skills sets testing and training so that inclusion into Canadian culture, beliefs, and language are targeted for successful and fulfilling lives while working in Canada under the LMIA. Integration into the cultural values of Canada is important in successfully transitioning into Canada under the LMIA.

This is an adjunct program that supports skilled workers seeking to enter Canada either permanently or temporarily. Canada, being a rather progressive country, firmly also believes in the aspect of global opportunities and the International Mobility Program is an agreement with Canada and other governments in other countries to encourage diversity and an influx of non-Canadians who would add to global relations and of course increase diversity.

There is a fine balance to be struck with the Labour Market Impact Assessment and the data is updated yearly by the Canadian Government so that no imbalance occurs. The number of Visas and LMIA applications are weighed against the job market statistics in Canada and the findings published on the Government of Canada’s website.

Countries without an LMIA can struggle

A good example of this is the USA where all immigrants are welcomed. However, while this is very humanitarian on its face, it does impact the current workforce of USA citizens as immigrant workers might work for fewer wages and lead to a shortage of jobs for existing citizens.

In addition the immigrants many times find themselves in a country where language barriers, loneliness, and misunderstandings occur because of the lack of skill testing and cultural awareness testing that Canada employs. When faced with a culture that is not understood immigrants in the USA and other countries soon find themselves returning to their home countries or becoming totally isolated.

Country of origin does count in LMIA entry

Because Canada does have policies in place for global placements the countries of origin are many times heavily involved in the oversight of any immigrants, refugees, or those coming into Canada on an LMIA exemption. Both Canada and the country of origin can be equally responsible for workers entering via LMIA exemption and this is a well-thought-out approach.

To achieve the fairest practices and diversity among foreign workers Canada does keep a close eye on the actual data of workers entering Canada from each country with whom this alliance exists.

Canada is a territorial and provincial country

Like the USA, the varied territories and provinces of Canada do have input into LMIA and a company’s ability to import either permanent or temporary workers. Each territory and province in Canada, just as in the set up of the states and localities in the USA will have varying needs and varying employment statistics.

This must all be taken into consideration by the Canadian Government when issuing any type of LMIA Visa, whether standard or Express Entry. Canada is a Provincial Democracy and does adhere to the standards of a democratic entity. Neither country is a monarchy so the smaller forms of government carry more weight sometimes than the larger entities in any type of decision and this can impact an LMIA Visa.

This is a revolutionary approach to keep the Canadian workforce on an even keel and does put Canadian citizens’ welfare above all else. While there are exemptions and alliances with other countries, Canada implemented the LMIA to protect its citizens first and foremost.

Canadians overall are cooperative individuals who value hard work and have good values. The LMIA is a piece of legislation meant to ensure that the citizens do have enough job opportunities and to keep the country as stable economically as possible. Canadian unemployment is one thing the Canadian Government seeks to prevent via the LMIA data. 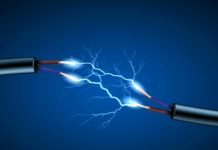 IMPORTANCE OF ELECTRICTY COMPARISONS TO SAVE MONEY 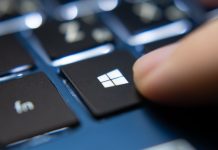 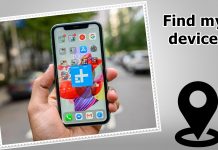 What is Augmented Reality ?

How to learn English Easily ? ( Updated )

What Are The Medical Benefits of Marijuana ? Here Are 10 of Them