The One plus 6 is already doing pretty well out there in the market and just like every year, One plus will release a second flagship to cash in on the festive months. We already know that the Oneplus 6t was going to succeed the current Snapdragon 845-sporting One plus 6 and now we have a time frame for the same.

According to a report by CNET, the Oneplus 6t will launch sometime in October. There will be a US-specific version of the Oneplus 6t which will launch as T-Mobile exclusive in the country, however there will be a global version of the phone that is expected to be priced at $550 (Rs 38,000 approx). The publication credits this information to sources who are in the know of the matter.

The Oneplus 6t, like the One plus 6, will most probably run on the same flagship Qualcomm Snapdragon 845 chipset. Since One plus and Oppo are owned by the same company, BBK Electronics, the Oneplus 6t is expected to take design cues from the recently launched Oppo R17. The Oppo R17 comes with a waterdrop notch in the shape of a triangle rather than a rectangle found on the current One plus 6 (review). One can also expect the Oneplus 6t to come bearing the latest Gorilla Glass 6, since the same also features on the Oppo R17.

It was earlier expected that the Oneplus 6t will come bearing pop-up cameras like the Oppo Find X, but expectations are now more in line with the R17. This is partly because One plus and Oppo’s R-series devices have known to share design concepts in the past. Another big addition expected in the Oneplus 6t is the addition of an in-display fingerprint scanner.

Not much else is known about the Oneplus 6t terms of features, but we will definitely see more leaks and design renders closer to October

The Oneplus 6t release date is October 13, 2018 but till now it is Unofficial date i.e not confirmed.

One plus 6t price in India is expected to be Rs. 36999. One plus 6t is due to be launched in August, 2018. The 64GB variant costs around Rs. 36999. The One plus 6t comes in multiple colour options like White, Black and Red which are also priced the same.

The concept shows interesting features such as a smaller notch and triple-rear camera setup. Let’s take a look at the concepts of the Oneplus 6t from below.

Similar to the other One plus smartphones, the One plus 6 too is followed by the Oneplus 6t. The T-variant ships with a bigger screen and a more efficient battery while everything else remains unaltered. The Oneplus 6t sports a rear-mounted fingerprint sensor which is placed below the rear camera module and has been strategically placed to ensure fuss-free access. Also, similar to the One plus 6, the smartphone comes with the facial recognition feature allowing users to unlock the device by just glancing at it. The smartphone bears a notch on the front and is water-resistant too although, there is no mention of any IP ratings.

The screen on the Oneplus 6t is a tad bigger than what we saw on its predecessor. The 6.4-inch Optic AMOLED Full HD+ display which is paired with excellent viewing angles is ideal for watching videos or playing games. Also, the screen features a coating of Corning’s Gorilla Glass 5 protection.

The Oneplus 6t comes with a 16-megapixel front-facing camera which is bundled with features like HDR, Screen Flash, Smile Capture, and Face Beauty. You can also capture Portrait shots. At the back, the dual 16+20-megapixel shooters come with OIS and EIS support, and along with a dual LED flash it can be used to shoot detailed images and videos even in the most demanding conditions. One can also shoot 4K resolution videos at 30/60 fps.

For power, the One plus 6tis fuelled by a non-removable Li-Ion 3,500mAh battery which can easily last for an entire day even with heavy usage. For users with extreme usage pattern, there is fast charging (5V 4A) support too.

The One plus 6t is armed with an octa-core Snapdragon 845 chipset which is coupled with 6GB of RAM that promises a smooth and seamless experience even while you work on multiple apps at the same time or play games for an extensive period.

On the software front, the smartphone runs the bloatware-free proprietary Oxygen OS wrapped under Android Oreo.

The One plus 6t ships with all the options that were seen on the One plus 6 concerning connectivity. The options include 4G with VoLTE support, dual SIM slots, GPS, Bluetooth 5.0, Wi-Fi 802.11 a/b/g/n/ac, NFC, and a USB Type-C port.

The handset is loaded with 64GB of non-expandable internal storage space.

The first thing that we notice about the One plus 6tconcept is the narrow notch at the front. The notch appears to be a small one housing only the selfie camera. This is something that we have already seen on the Essential Phone and now the upcoming Oppo smartphones are said to feature a similar notch called the waterdrop notch.

The One plus 6t  is expected to feature a premium design with glass build on both sides. This is likely to be coupled with an in-display fingerprint as seen in a few Vivo smartphones. Such a sensor will double a part of the screen at the bottom as the fingerprint sensor.

The One plus 6thas been envisioned to feature a triple-camera setup. While the concept does not reveal the resolution and features of the three camera sensors, we can expect these to be monochrome color and telephone sensors with at least one having a wide-angle lens.

One plus 6t specification

These are some specifications of Oneplus 6t. Here is Follows –

It contain have 64 GB Storage Capacity.

Custom UI of One plus 6 is Oxygen OS.

Custom UI of One plus 6t is also Oxygen OS.

One plus 6 Supported Quick Charging.

One plus 6t is also  Supported Quick Charging. 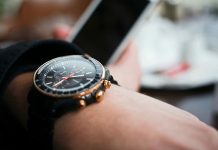 Why do you need a Tax Consultant?

How Can Students Do MDCAT Preparation Online?